India’s favourite show, Mere Sai, on Sony Entertainment Television has managed to glue the nation in Sai Bhakti. The show’s lead actor, Abeer Soofi, who plays Sai Baba, has been a revelation in the way he portrays Sai and made Him come alive on screen. Abeer who gained a lot of recognition for his role as Sai keeps getting ample of fan mails and messages on social media, and he is always thankful to Sai Baba for receiving such love and recognition from his fans and viewers.

While Abeer is grateful to all his well-wishers for sending in their love and feedback through messages, there was one message that caught his eyes. A recent message that he received was extremely heart-warming and definitely a special one! A fan wrote to him stating that she was non-believer of Sai but because of her mother, she is now a dedicated viewer of Mere Sai loves Abeer’s portrayal as Sai in the show. It has impacted her daily life so much that she proactively started following Sai Baba’s teachings and every time she chants the Sai Baba mantra, Abeer’s image as Sai flashes in her mind. But what she revealed after that was one of the cutest and the most overwhelming message Abeer must have come across. The fan who is 8 months pregnant went on to say that whenever the show is on air, her baby starts kicking. Even on weekends, whenever the tune of the show plays or if its Abeer’s voice, the baby reacts to it and it completely took the family by surprise. She feels extremely positive and grateful that she came across a show like, ‘Mere Sai’ and ensures she never misses a single episode of the show not only for herself, but for her baby too. 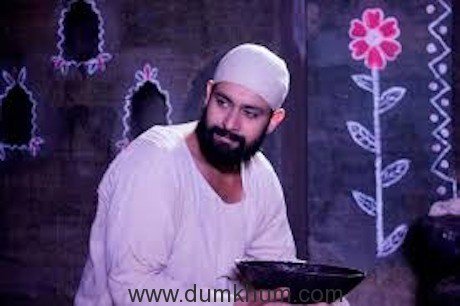 To this adorable message Abeer says, “I keep getting some really sweet messages from my fans and I can proudly say that day-by-day, the messages only keep increasing. But this particular message from my fan who said that her yet-to-be born baby starts kicking every time the show is on-air or when she hears my voice is the sweetest message I’ve ever read. It is definitely Sai Baba’s blessing and shows that He is taking care of everyone be it born or unborn. In a way, this also shows that through this show, a lot of viewers are taking note of Sai’s teaching and implementing them in everyday life.”