Aamir trains with his on screen daughters for Dangal 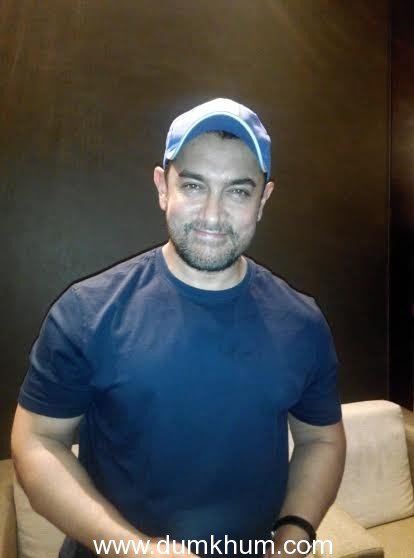 Aamir Khan will be seen playing a father to four daughters in his next film Dangal. While Fatima Shaikh and Sanya Malhotra had been finalized to play the roles of two of his daughters, Zaira Wasim and Suhani Bhatnagar will play the younger Fatima and Sanya in the film.

Aamir Khan along with his on screen daughters has been undergoing training for Dangal. The four girls are living in Aamir’s former apartment in Bandra and have been following a strict a daily regime.

They start their day by waking up early in the morning and going for wrestling training where they are joined by their on screen father, Aamir Khan. After a few hours of gruelling kushti sessions, they return to the apartment where they have to rest before lunch.

All meals are prepared by a hired cook who keeps dietary specifications in mind and ensures that the food served is nutritious. Aamir has lunch and dinner with them. They spend early evenings on Haryanvi lessons and dialect training, followed by strength building sessions in the gym.

Aamir has been training with them and has been juggling between his personal commitments and prep routine.