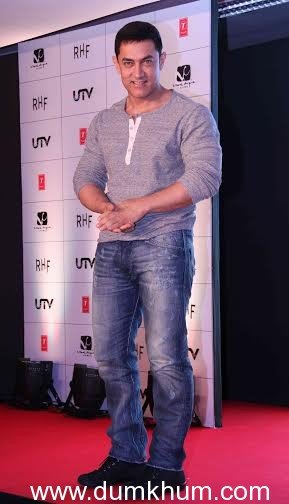 Aamir Khan reached out to Virat  Kohli to congratulate him for his performance in the Test series which ended yesterday in Australia.

Aamir has been in a hectic 9 day city tour for his upcoming film PK with Anushka Sharma and director Rajkumar Hirani.

However he has been keeping tabs on the ongoing test match – India Vs  Australia. While Australia won the match, India gave it a close chase – In spite of it being in their home ground.

Virat was the captain and he has performed very well in both the innings .Infact, he hit a century in both innings which Aamir  thought was commendable.

Aamir messaged Virat on how he has been following the match and congratulated him on his double century.