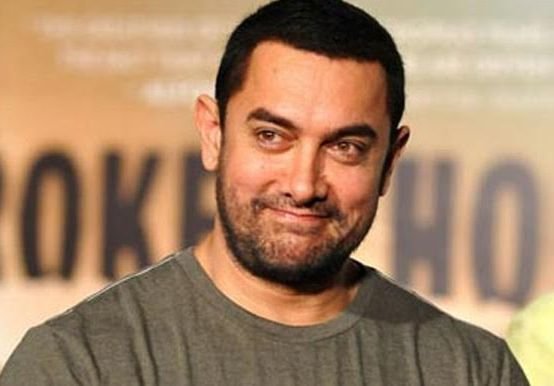 Aamir Khan has been shooting in Pune for his upcoming next, Dangal. The actor has been in Pune for over a week now shooting for his 2016 release.
Aamir’s whose friendship with Rani Mukherjee goes back a long way as they’ve worked together in movies like Ghulam, Mann, Talaash, Mangal Pandey. Aamir Khan and Aditya Chopra bonded well over their recent venture, Dhoom 3.
As Aamir learnt about Aditya Chopra and Rani Mukherjee’s newborn baby girl, Adira, the actor was very happy about his newly-turned-parents-friends. Aamir Khan was so excited on hearing the news, distributed sweets to his entire crew. The actor who shares a close bond with Adi and Rani, was extremely ecstatic for his two close friends.

Spokesperson confirms the news and adds, “Aamir was thrilled on learning about Adira, he immediately got into celebration mode and also treated the crew with sweets.”