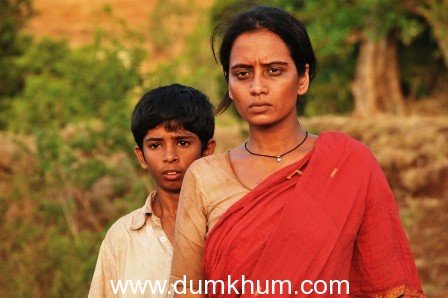 72 Miles Ek Pravas, Grazing Goat Pictures’ premier venture into regional cinema which released on Friday, August 9th, has left an impactful memoir on the minds of initial audiences of the film.

It has been observed that Marathi cinema has been clothed in a canvas of soft-pink romances for the last few weeks, what with urbane love stories raining at the box office. However, Grazing Goat Pictures’ 72 miles…Ek Pravas comes with a visual break, bringing back a dash of sunburnt yellow and rustic brown to the big screen. 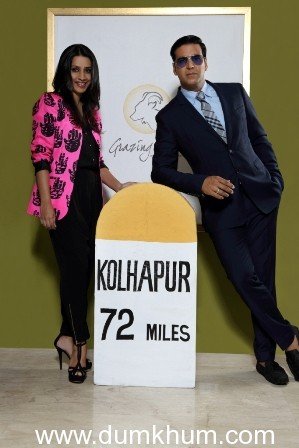 Based on late Ashok Vhatkar’s novel, 72 Miles Ek Pravas depicts the journey of a 13-year-old boy who escapes from a boarding school in Satara and heads towards Kolhapur. On the way, he meets Radhakka and her four children, who are going to Shegaon. The company of this destitute family introduces Ashok to a totally different world of struggle and despair.

The initial weekend review has only enforced the fact that the hard-hitting adaptation of Ashok Vhatkar’s eponymous novel by the maker of National Award winning Jogwa has proved to be more than a mood-breaker for the pampered multiplex audience. A travel of culture

Sakal Times describes the film as grim – but it’s without any frills and that’s where its appeal lies! Akshay Kumar’s and Ashvini Yardi’s brand, then hasn’t affected the content of the film. There are no forced item songs in the film, but music is something that finds its way intrinsically into the director’s life and films. The Times of India describes the film as a road trip that tugs at the heart strings and opens your eyes to life in its rawest form. Rajiv Patil’s 72 Miles Ek Pravas, based on Ashok Vhatkar’s novel by the same name tells the true story of Ashok (Chinmay Pant), a 13-year-old boy, who is in a boarding school in Satara because his parents want to discipline his wayward ways. The strict regimen is not to his liking so he runs away and wants to go back to Kolhapur. It’s on this journey that he meets Radhakka (Smita Tambe) and her four kids – who are on their way to Shegaon.

Rangmarathi.com said that ‘A majority of the dialogues — delivered in rustic Marathi, are profound as well as hard-hitting.’ Add to it a haunting background score that is more of an incantation to build up tension. It works perfectly in sync with trepidation.

The performances in the film as well have been glorified especially that of lead actress, Smita Tambe who according to Mid-day is said to be simply remarkable in one of the strongest female performances in recent times. Her inch-perfect portrayal of a sacrificing woman who knows right from wrong leaves a mark. On the other hand, Chinmay Kambli as the young runaway displays sparks of promise.

Commenting on the success of the film, co-producer Ashvini Yardi shared her thoughts, “We are extremely gratified with the response the film has received. Viewers have appreciated the tale of a hard-hitting narrative that we have tried to portray on screen. I’d like to raise an ovation to the director for delivering such a brilliant masterpiece as well as Smita Tambe and each of the actors who made the tale as believable as it could be. We would also like to thank our wonderful audiences for appreciating our efforts and we will continue to deliver enhanced experiences in time to come.”

The film has and will definitely move those, who are totally disconnected or unaware of the fact – that poverty is the cause that forces the neglected and the ignored lot of the society to lead miserable and hopeless lives.