A man chased me with a garland in his hand. I was terrified!  Sridevi confides to Sid K on Oye 104.8FM To Sid K’s question on what she does to look so young at her age, Sridevi replied, ‘The reason I look young is because I have Rasam and Sambhar everyday’. She further revealed something that no one knew. While she was shooting for English Vinglish in Pune, a guy dressed up like a groom chased her in the middle of the road with a garland in his hand. She of course got terrified until she realised that he was only a fan who was about to get married but saw her on the road and left his wedding just to say Hi to her.
She went on a confessing spree on Sid K’s show, saying ‘I am a parrot. I just mug up my lines and I have done that all my life as I am not that fluent in any of the languages whether it is Hindi, English, Malayalam or Tamil . 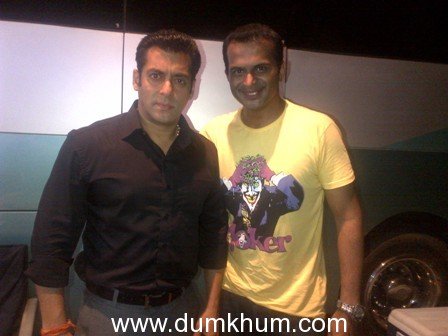 Sridevi poured her heart out about her family life saying that she gets very upset with her two kids and her husband Boney Kapoor when she cooks affectionately for them, but they refuse to come to the table for dinner as her hubby is always busy on the phone and her kids are always playing video games. She then howls at them and the moment she does that, they quietly come and take their seats on the dinner table. She claims that she has now sorted out her family members.

She also confessed that she is very sensitive and gets hurt easily. Though, in front of her family, she is a joker and her family members keep pulling her leg on small things and she makes them laugh, even when she is serious as they don’t take her seriously most of the time.
She further added ‘I have a problem with numbers, I remember only 4 numbers. My husband’s, two kids and my sister’s number, besides that I don’t have a clue who else to call.’ Sid told her that he found out from sources close to her, that she is terrified of cats and runs in the opposite direction when she sees one. To this, Sridevi emotionally replied ‘When I was kid, my pet cat that was my heart and soul passed away. Since then I feel sad when I see cats.’

Sid brought up the topic about Ram Gopal Varma and how Ramu was obsessed about her and publicly said that he was envious of Boney Kapoor because he married Sridevi. Sridevi blushed saying that-‘When I heard Ramu’s statement initially I was very embarrassed. But when I thought about it, I realised it was one of the best compliments I got.’

When Sid asked her who among the new actresses had the potential to be a superstar? Without batting an eyelid, the diva said ‘Deepika Padukone though Vidya, Priyanka and Sonakshi are also very impressive.’

Sid told her that he has watched her song ‘Kaante Nahi Katte’ from Mr. India a thousand times, Sridevi said that it was not known to anyone that while filming that legendary song she was running high fever at 103 degrees.

It was Sid K’s time to confess that he has always had a crush on her and would love to take her on romantic date one day. Sridevi giggled saying ‘My idea of a romantic date is a long drive, soothing music and a quiet dinner, so maybe Sid K should take a cue from that.’ To this Sid K told her that he would wait for hours below her house, till the time she would say yes to his dinner date.

Sridevi then gave Sid K a compliment saying ‘This is one of my most enjoyable chats ever.’ Well coming from a superstar who has spent more than 4 decades in the film industry, this sure is a compliment of a lifetime to Sid K and Oye! 104.8FM Sabse Filmi.