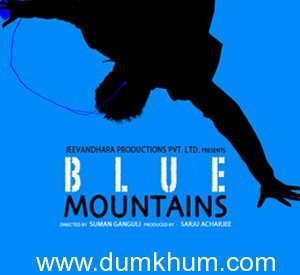 We all go and watch films, but we also go and watch cinema. Confused?  We keep using these words everyday but have we ever wondered about the difference between the two? And if you have, then we have the answer for you right here. In an recent interview with Suman Ganguli, director of Blue Mountains, a musical family entertainer, he very intelligently laid out the difference between the two. “Film is an economic commodity, cinema is a high-art form that also includes the economics. Cinema is mostly watched as a highbrow alternative to films, not achievable without thought, without premise, without stylistic approach” – says Suman. Further adds, “My style is such that I focus on the commercial viabilities and the art aspects both, and so it becomes cinema.  Look at it this way, aesthetics plus economics is equal to cinema.”  Suman has an acute business sense and that helps him as a director too, because his approach is completely different from others. “When my producers have put that faith in me, I need to return their faith in terms of the business that the film does. My strategy for Blue Mountains is such that it is going to penetrate the Indian as well as the international market because I feel that once a director is out with the first print of his movie, it’s only half the battle won, 50% of the work is still left in promoting the movie through the right channels.” Then suddenly, Suman’s face turned into a naughty smile and he said, “Wait, till you hear about my second script which is a sensual subject, it’s again going to appeal to both, Indian and International audiences. This was quite an indication for us to understand his modus operandi. Sex sells and aesthetically thought out sex sells everywhere, globally and a director like Suman Ganguli knows how to present it. Well, best of luck for your projects and may your tribe increase Mr. Ganguli, which is a win-win for the audiences and the producers.