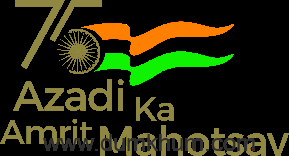 NEW DELHI, The Government of Karnataka tabled the Karnataka Police (Amendment) Bill, 1963, in the Legislative Assembly on September 17, and the same was passed by the assembly on September 21. The bill seeks to prohibit gambling in the state, including curtail online gambling, with maximum imprisonment of three years and penalty up to Rs 1 lakh.

Since 1957, the Supreme Court of India has repeatedly reiterated that skill games are not gambling activities and offering games of skill is a legitimate business activity protected under the Indian Constitution. The Karnataka High Court has used the same principles to hold multiple games as games of skills in numerous judgments. More recently, the High Court of Madras & Kerala upheld the validity of online games of skill.

We believe that a prohibition on games of skill apart from being unconstitutional will also lead to massive loss of revenue and jobs and opportunities for users to develop their skills. Multiple international sporting events recognize Esports, be it Asian Games, Olympic Virtual Series, and a probable feature in the 2024 Paris Olympics. The Olympic Council of Asia has recently announced that there will be 24 medals awarded at Asian Games 2022 for Esports events, and players from Karnataka have a chance to bring laurels for the country and the State. However, once enacted, Esports and other tournaments which charge a small registration fee will be illegal.

If the bill bans online skill games, the law-abiding Indian companies will exit the market, and the users will turn to harmful offshore and betting apps, which are harmful and dangerous. There are other big offshore and Indian gambling players, which are currently offering their services in Karnataka despite being illegal. Some of them are advertising heavily, and the users have no way of discerning between a legit operator and a non-legit one as all self-regulated / certified operators would not be operating.

Karnataka today is the leading hub of technological innovation in the world. The State has been recognised for its several exemplary initiatives in developing futuristic policies to support new and disruptive technologies and having a regulatory committee for reviewing the challenges faced by start-ups working in emerging technologies. We strongly believe that a stable regulatory mechanism for online skill games in Karnataka will further help in strengthening India’s global leadership in this sunrise sector and help Karnataka emerge as a global technology hub for games of skill, cementing its reputation.

While we appreciate the statements by the Hon’ble Home Minister that the bill does not seek to prohibit skill games but only betting on those, the bill is a bit ambiguous on this. It is pertinent to note that the courts while upholding formats as ‘games of skill’ have also examined involvement of money or stakes and have validated it as not amounting to gambling or betting or wagering. We hope that the Government will relook at the bill to conform to the Supreme Court’s jurisprudence and the statements made by the Hon’ble Home Minister.

Mr Dilip Chenoy, Secretary General, FICCI said that we hope that the government will relook at the bill to conform to the Supreme Court’s jurisprudence and issue a final notification after examining suggestions and objections from stakeholders, opinions.

Mr Roland Landers, Convenor, FICCI Gaming Committee & CEO, All India Gaming Federation said, “India is the fifth largest online gaming market globally and skill-based gaming, a sunrise sector, is giving birth to an increasing number of unicorns within the country, especially Karnataka. The sector has been a strong financial contributor to the Indian economy even during an unprecedented period of slowdown and is further expected to generate revenues in excess of $ 3 billion by 2025. The move by the Karnataka government is a setback to the state’s reputation of being a tech-hub and start-up capital. Particularly when the Indian regulatory framework has clearly differentiated between games of skill and games of chance in India.”

Mr Sameer Barde, Convenor, FICCI Gaming Committee & CEO, TORF (The Online Rummy Federation) said that given Karnataka’s reputation as the bellwether state for start-ups and most new age / technology innovations the industry hopes that it can consider regulating this new form of entertainment thereby allowing players access to responsible entertainment choices and industry an opportunity to flourish and grow.