A perfect fit for your travel playlist, Jubin Nautiyal and Yohani’s latest song ‘Tu Saamne Aaye’ is definitely winning hearts of the audiences! As the song sets the mood right, the musical duo set out on a fun filled journey to Karjat with media friends to celebrate the release of their maiden single together. They were also joined by the director Navjit Buttar who captured the amazing music video. Lighting up the mood of the campsite, everyone reminisced the essence of the music video that was shot in the luscious mountains of Ladakh. The fun filled day didn’t only see Jubin and Yohani trying adventure sports but also gave a glimpse of ‘Tu Saamne Aaye’ with a live performance which instantly became a earworm. Not only that, the duo also crooned to several requests from the audience setting the evening vibe. 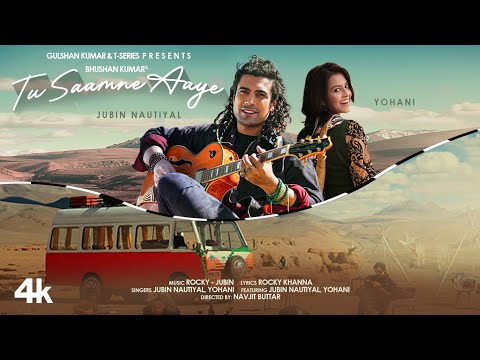