A chance to get to know the legendary painter Raja Ravi Varma, up close & personal 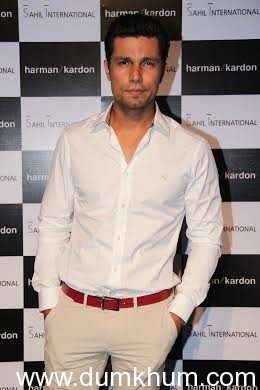 The makers of the upcoming period drama film ‘Rang Rasiya’, based on 19th century Indian painter Raja Ravi Varma’s life are giving fans a chance to know the artist better. To facilitate this, a unique Facebook tab titled ‘The Man Behind The Legend – Raja Ravi Varma’ has recently been launched on the film’s official page. This tab chronicles the legendary painter’s life, his work and his numerous achievements from his birth year 1848 till the year 2013. The tab can be accessed at https://www.facebook.com/RangRasiyaFilm/app_128953167177144, where viewers can get an insight into the artist’s life through the trivia posted. Various notable achievements about Raja Ravi Varma, like him being the first man ever to visualize gods and goddesses on the canvas & the showcasing of his paintings at various events are just some that are chronicled on the tab. In the year 1868, he was one of the few artists to have learned oil painting techniques from European painters of that era.

Several breathtaking paintings by 19th century Indian painter Raja Ravi Varma gracing art galleries successfully transport art enthusiasts to a time when nature was untouched and technology was unheard of. He has been bestowed with love and respect from admirers across the globe and his creations have taken a place of prominence at different events over the years. Visit the tab and grab a chance to the renowned painter better.