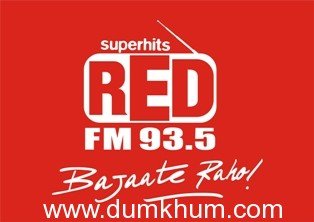 Mumbai, December 2012: Red FM, India’s Largest Radio Network, is Bajaaoing once again this time it is for a noble cause. As part of the ‘Bajaao for a Cause’ Red FM is supporting the blind kids to fulfill their dream of getting educated, enlightened and stand independent, hence they have joined hands with National Association for the blind (NAB) to provide Braille Kits, with the objective to educate the blind by empowering them. Through the on-air campaign Red fm appeals its listeners to donate money for the Education of Blind kids who need special equipment called Braille kits. These kits are costly and are unaffordable to a lot of kids & their families. The campaign has begun in December 2012 with a dual aim of making Mumbaikars aware about this noble cause and also motivating them to donate. With this campaign Red FM will invite listeners to send SMS ‘Red<space> Bajao to 58585 and contribute towards a special Braille kit which will help a child in his Education for 3 to 4 years. RJ Malishka as part of the drive is appealing to Mumbaikars under the banner of ‘Bajaao for a Cause’ to create awareness about the issue as well as appeal to the people of Mumbai for a contribution. Commenting on the initiative Nisha Narayanan, Senior VP – Programming & Projects, 93.5 RED FM said, “At Red FM, we have always believed in giving back to society in some way or the other. A couple of years back under the ‘Bajaoo for a Cause’ CSR, we launched an initiative where we asked Mumbaikars to donate money for facilitating meals for poor children for an entire year and managed to collect Rs 30 lakhs. This year we have joined hands with National Association for the blind (NAB) and are appealing to Mumbaikars to donate money for buying Braille kits for blind kids, so that they can educate themselves.”