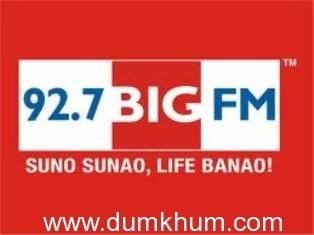 MARKS DEBUT OF ACTOR ANNU KAPOOR AS RJ; WILL SHOWCASE MUSICAL TRYSTS AND FORGOTTEN                  STORIES OF THE RETRO ERA STIRRING NOSTALGIA AMONGST AUDIENCES 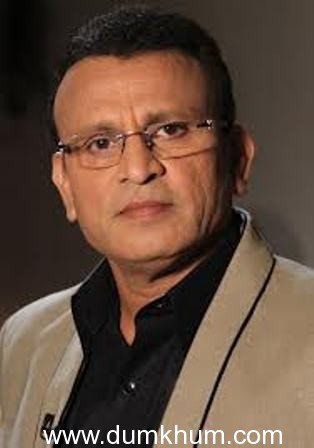 All music-lovers who enjoy listening to songs from the Golden Era of Indian cinema have a brand new reason to rejoice. Addressing this growing need among listeners to reconnect with the melodious tunes of the years gone by, India’s No. 1 radio network, 92.7 BIG FM has announced the launch of a brand new show titled ‘Suhana Safar with Annu Kapoor’. The show will mark the debut of popular actor Annu Kapoor as an RJ and will feature him taking listeners on a magical journey of retro Indian music. In its constant endeavor to ensure high audience engagement and innovative programming Suhana Safar with Annu Kapoor will be introduced in the morning drive-time band of 10am to 12noon in Mumbai and Delhi, making it the first-time-ever that a show of this kind is being launched in the segment. To be aired across 35 stations of 92.7 BIG FM, ‘Suhana Safar with Annu Kapoor’ is all set to enthrall listeners starting 24th June, 2013.

‘Suhana Safar with Annu Kapoor’ will be a special two-hour weekday show enabling listeners to experience the joys of listening to melodies that entertained audiences between 1955 and 1985. To be aired across the 35 stations in different timebands basis local listener appeal, each episode of the show will witness Annu Kapoor take listeners through the fascinating stories on Indian cinema interspersed with the Top 12 songs of that year. In his impeccable style, Annu Kapoor will reveal interesting factoids, stories and interesting trivia from the era. The show will also feature special celebrity episodes where Annu Kapoor will interact with celebrated artists from the era while providing listeners with a never-seen-before glimpse into their lives.

Through a career spanning nearly 34 years, Annu Kapoor’s career includes distinctive presence across Bollywood cinema, television serials and music reality shows. A veteran of Indian cinema and a knowledge bank of the Golden Era, Annu Kapoor holds a unique charm that forms a strong connect not only with mature audiences but also the youth making him an ideal host for the show.

Mr. Ashwin Padmanabhan, Business Head, 92.7 BIG FM said, “Hindi songs from the Golden Era of Indian Cinema are timeless musical pieces that hold a special place in the hearts of everyone regardless of their age. Suhana Safar with Annu Kapoor is our endeavour to present listeners with the perfect aural entertainment experience that takes them on an incredible journey of these evergreen songs peppered with the stories that make them special. Annu Kapoor’s credibility and knowledge of the retro period makes him our most preferred host. The unique content mix provides for multiple opportunities to engage listeners and marketers alike.”

‘Suhana Safar with Annu Kapoor’ will be amplified on-ground through multiple activities including live shows with Annu Kapoor in Mumbai and Delhi. To maximize visibility and reach, the show will adopt a high-decibel promotional plan involving Reliance Broadcast Network’s media muscle including radio and its regional general entertainment channels BIG MAGIC and SPARK PUNJABI along with a blend of print and digital media options.