92.7 BIG FM, Chennai’s No. 1 Melody station and the winner of the Golden Mikes Broadcaster of the Year Award, announced the launch of the ‘BIG Tamil Melody Awards 2012’, an exclusive platform which will honor singers and musicians in various categories who crafted the year’s super hit numbers. Highly acclaimed Music directors Bharathwaj & James Vasanthan along with the most versatile singer Unnikrishnan will be the jury members for the BIG Tamil Melody Awards 2012.

The Award lineup this year will have a total of 16 categories of awards. 15 popular categories will be nominated by the jury and thereafter decided by listeners through a multi media voting campaign. The Balance 1 Award will be conferred by the honourable Jury directly. 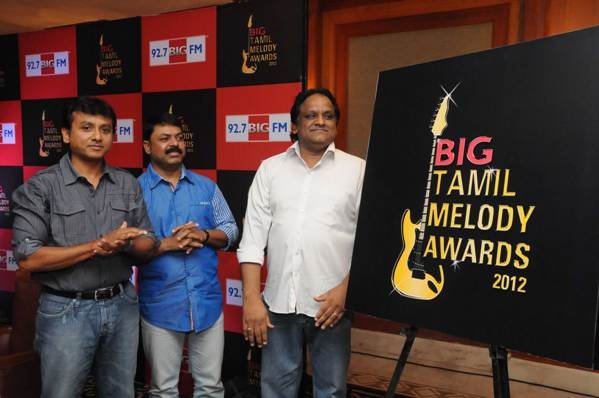 Tamil Nadu’s much-loved Melody station has put together a unique package called the ‘BIG Karaoke Station’ for its listeners who will nominate their musicians of the year not just by vote, but by singing the year’s super hit songs. The stand-out feature of the BIG Karaoke Station is that it brings together renowned artists with aspiring young singers.

As an added incentive to its passionate listeners, 92.7 BIG FM has provided them an opportunity to sing along with the top singers and music directors at the BIG Karaoke Station, and the top 5 listeners, selected both on-air and on-ground, will get an opportunity to be mentored by the nominee musicians of the year for the music awards.

The winner will sing along with the mentors at the BIG FM Studio.

Renowned singer and actor S.P. Balasubramanian is the face of the Awards, which are part of the premier radio station’s national initiative across seven regional markets. 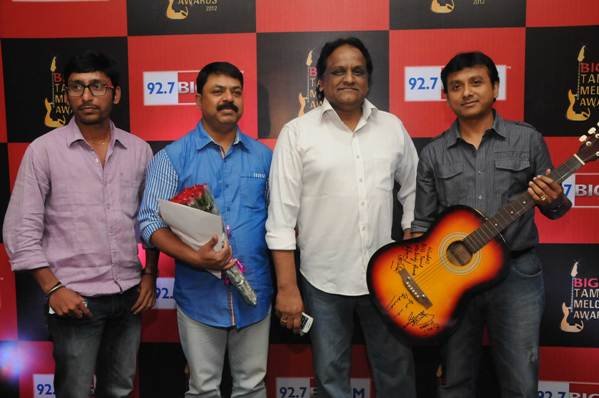