MARKS THE BEGINNING OF A SERIES OF EXCLUSIVE OFFERINGS ON

Reliance Broadcast Network Ltd’s radio vertical 92.7 BIG FM, India’s No.1 radio network and broadcaster of the year at the Golden Mikes Awards today announced its official radio partnership for the fourth edition of the ICC World Twenty 20, Sri Lanka 2012. The event was hosted in Mumbai through an exclusive display of the prestigious trophy at the Oberoi Mall for Mumbai-ites. The elegant and glittering, 7.5 kg trophy was unveiled at the hands of India’s star pacer Irfan Pathan. The event hosted by 92.7 BIG FM’s RJ Ankit & RJ Yamini. 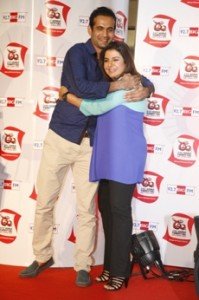 As the Champions of the first edition of the ICC World Twenty 20 and the defending champions of the longer format of the game, the huge crowd which had gathered at the mall went ballistic when the elegant trophy was finally revealed. RJ Ankit got Irfan who was part of the team which won the first edition of this tournament to reminiscence about the feeling on that glorious day. The crowd hung on to every word and cheered and applauded their favorite cricketer. 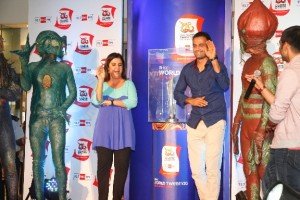 As the Official FM Radio Partner for the ICC World Twenty 20 which will take place in September- October 2012 in Sri Lanka, 92.7 BIG FM will have exclusive access to players from India and abroad during the course of the tournament. Exclusive interviews and bytes from players and other match officials will be aired first only on 92.7 BIG FM. In order to promote the tournament on-ground, 92.7 BIG FM will conduct a number of T20 matches for listeners across cities who will fight for the BIG T20 CUP, the winning team here will also get the rare opportunity to witness a match involving India in  Sri Lanka. 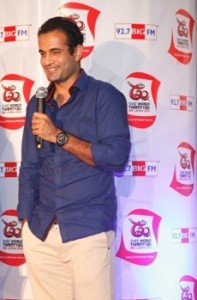 92.7 BIG FM has in store an excellent line up of unmatched and highly engaging entertainment around the upcoming biggest cricket extravaganza! 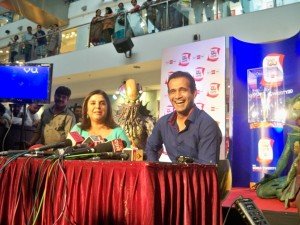