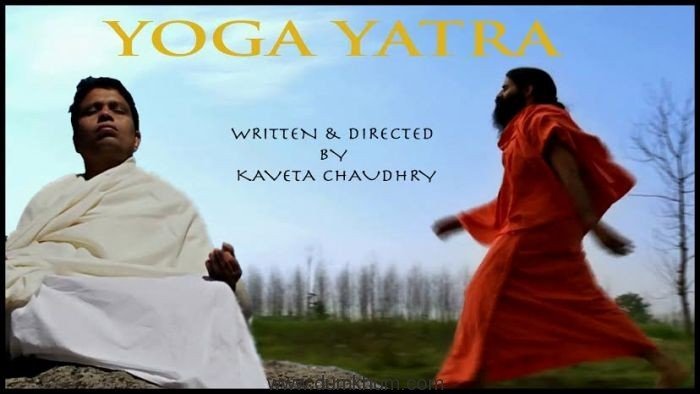 1st May, 2016, Kaveta Chaudhry  is looking forward to the release of the much awaited  ‘ Yog Yatra ‘, a biopic on the life of Yoga Guru Baba Ramdev and his close friend Acharya Balkrishna.  She has written and directed the famed duo in this true to life biopic.  The film is being aired on the popular network of Sony TV. Watch the promo :

The promo has already garnered great excitement and curiosity amongst the business and film industry for the nature of its biopic. It is a 90-minutes film, but very meticulously showcases the life and evolution of Baba Ramdev and how he aspires to transform the life of people with yoga and ayurveda.

Kaveta spent months researching for the film and even while shooting, it was a revelation and rewriting of the scripts to bring to life the real episodes which created the legends. 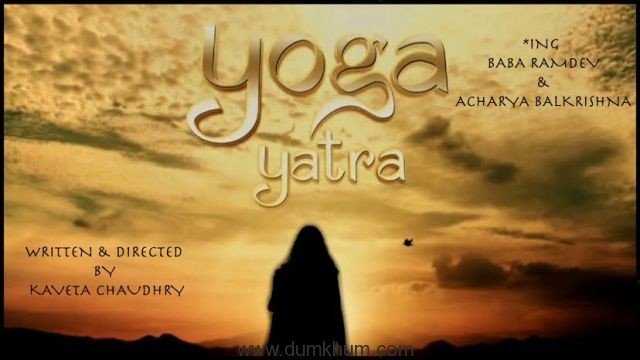 “Yog Yatra came to me with Acharya Balkrishnaji’s call for making a film on their institution, its foray of activities. I convinced them to expand the scope to including the vision behind Patanjali while including their activities. Then began my research in knowing Baba Ramdev and Acharya Balkrishna and revisiting their junctions in life…” says Kaveta Chaudhry.  ” The film showcases through the example of Baba Ramdev and Acharya Balkrishna that how by carving their own path & choosing to be who they are, both achieved global success!   The film also attempts to free us from the prevalent education system from marks orientation to an all round development that gives the strength to deal with different shades of life – with ease, joy and glory !”

Acharya Balkrishna shares ” We had seen Kaveta’s work during the making of a public service spot.  Also her past work profile resonates sensitivity combined with creative intuition which is very important in making a film of such nature.  When we look back, her passion and flair for story telling makes us glad she was a part of our journey forward.”

Watch the journey of a Yogi who reached Zenith. Watch some unknown facets of the lives of Swami ji and Acharya ji. A real documentary film on SONY at 7:30 am and 9am on May 1st, 2016. A brief on Kaveta Chaudhry :

Kaveta Chaudhry gained popularity in the 90s for her TV series Udaan on Doordarshan. Actor-Director-Producer of this series, Kaveta Chaudhry essays the role of  Kalyani Singh who struggles through her journey to be an IPS Officer. The series was widely appreciated by the public, media and film fraternity as it was a first of its kind Indian tv series on woman empowerment.

Much before this, her role of the protagonist Lalitaji in the Surf advertisement set her apart as a thinking and independent woman.  To date she remains etched in the memories of the public as a figure to reckon with.