Festival audiences were treated to a feast of exciting films on Day 6 of the 15th Mumbai Film Festival presented by Reliance Entertainment and organized by the Mumbai Academy of Moving Images (MAMI). 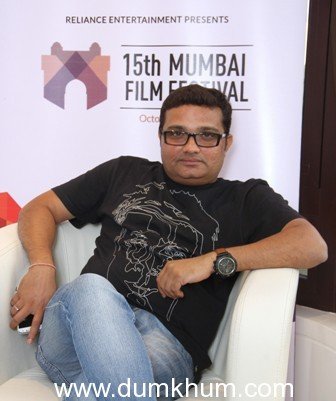 From El Sur directed by Victor Erice, Florian Rey’s Carmen, Yesterday Never Ends directed by Isabel Coixet and Costa Gavras’ Eden is West to Charles Chaplin’s The Floorwalker, Praveen Morchhale’s Barefoot to Goa and Axelle Ropert’s Miss and the doctors, Virgin Talkies by K.R Manoj among others ,the list of movies screened today was illustrious. 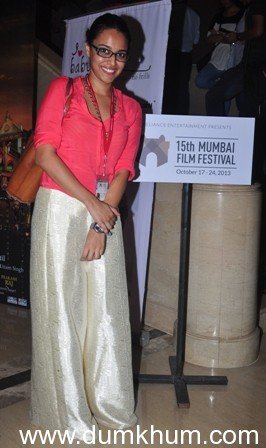 At noon, the Indian Popular Film screened was Baishe Srabon written and directed by Srijit Mukherji. The cast of this Bengali psychological thriller consists of Prosenjit Chatterjee, Parambrata Chatterjee and Raima Sen. A detective struggles to find the killer who leaves verses from Bengali poems next to his victims. The critically acclaimed film received a boisterous round of applause from the audience.

The open forum panel discussion of Day 6 was on the much talked about topic of ‘Crowd Culture.’ Speakers Yogesh Karikurve, co-founder, Catapooolt, filmmaker Sarthak Dasgupta and Pawan Kumar who directed the crowd-funded film Lucia engaged in a truly revealing discussion on various facets of  crowd funding and crowd sourcing.

“Crowd sourcing has two important C’s in them. Community and Credibility. India does not have a state funding and that is where crowd funding comes into place” said Yogesh Karikurve, Co-founder of Catapooolt. Director of the movie Lucia, Mr. Pawan Kumar added to the discussion saying  “I realized soon enough that my film Lucia was not going to get any producer. So, a lot of frustrated blogs and Facebook status messages helped me get followers who helped me make the movie. For Lucia, we gave people distribution links as a way of returning the money.” The evening screening of Canadian film Vic + Flow saw a packed screening, with attendance by representatives from various consulates and celebrity guests. The screening was preceded by a soiree, with invited guests in attendance. 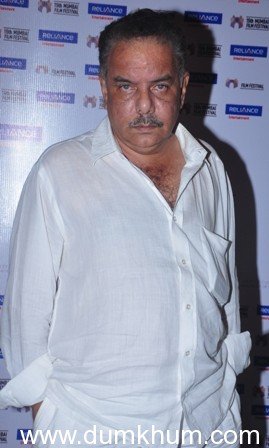 Celebrities like Anant Jog, Ravi Jadhav, Swara Bhaskar, and others were seen attending the screen of Rege, directed by Abhijeet Panse.