10 must watch movies at 8th Jagran Film Festival in Mumbai

While all these films are best in their respective genres, the festival has shortlisted the top 10 highly recommended films to look forward: ANGAMALY DIARIE: This 2017 drama is directed by Lijo Jose Pellissery. The film is based on a locale, rival clan with malicious gangsters of Angamaly and Vincent Pepe who wanted to be a powerful leader of a righteous gang that ruled the city, like his seniors.

MESSI: This is a documentary directed by Álex de la Iglesia on the life of Lionel Messi, from his childhood to international stardom.

CHANDRADAS CHOR: Charan More is an apprentice to a Fight Master in films in Mumbai. He is scared of people’s gaze.One day an action scene is to be shot on the film set which requires currency of Rupees two crores and on the Director’s insistence, the Producer has bring the real currency instead of the fake one. Charan who goes to collect this money loses his way. Petrified he wants to get rid of the trunk carrying the money but can’t. ALLAMA: 11-year-old Hari Aziz lives a blissful life in Mumbai with his parents, a pair of Bohemian filmmakers whose optimistic views have been embedded into their son’s DNA. Hari approaches the world with refreshing openness and curiosity, but soon the social realities of a country in crisis pose a challenge to his family’s gentle existence.

SHAANU: Shaanu The Optimist  is a poignant story of a nine year old  girl, who believes that when she predicts things, they are bound to happen.  Submersed in her own world of beliefs and miracles, she enrolls as a kho-kho player in the school, whose talent is recognized and she marches ahead to participate in district level tournament.  She is bound to hit a road-block there. TOPE: Based on Narayan Gangopadhyay’s novel of the same name, Tope explores the lives of three people who cross paths and how each one of them uses each other as baits in order to fulfill their own needs. 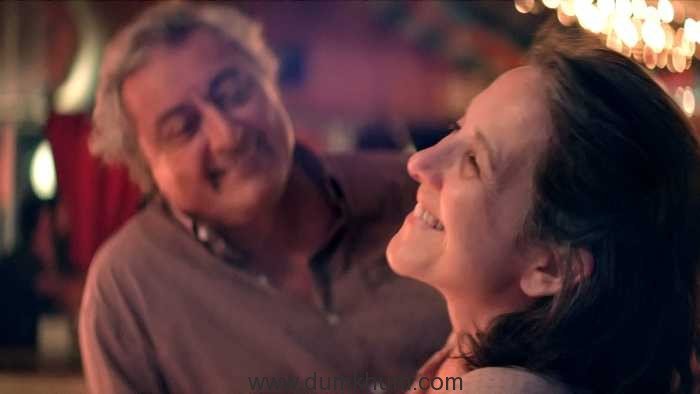 DESERT BRIDE: Teresa’s life is turned upside down when she is forced to accept a job far away. On her way, she loses her bag, causing her to cross paths with El Gringo, a traveling salesman.

BOY ON THE BRIDGE: Mert Kara, a college student, travels to the U.S to work as an Au Pair yet it somehow turns out to be self discovery, a journey to his soul, which shows him the biggest challenge: his sexual orientation. THE BLACK PRINCE: ‘The Black Prince’ is a story of Queen Victoria and the Last King of Punjab, Maharajah Duleep Singh. His character as it evolves, torn between two cultures and facing constant dilemmas as a result. His relationship with Queen Victoria will be the most impactful relationship in the film, the Queen representing the English culture he was drawn into. The Black Prince begins a lifelong struggle to regain his Kingdom. It takes him on an extraordinary journey across the world. TRAPPED: The movie trapped starring Rajkumar Rao is about a man gets stuck in an empty high rise without food, water or electricity.