Great Cinema, Great Insights with some good old fun and magic of movies, the next five days are set to be one long reel of inspiration and excitement. The 5th Jagran Film Festival arrived and arrived with a bang! The festival is being held at Sri Fort Auditorium in Delhi from 5th July, 2014 till 8th July, 2014. 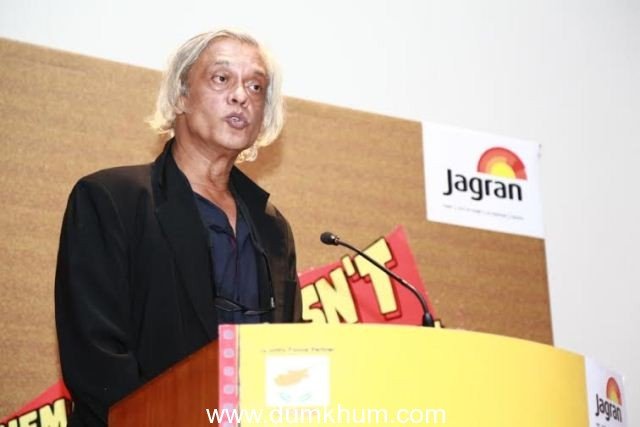 The day started on a classical note. The evergreen ‘Devdas’ by the celebrated director Bimal Roy marked the beginning of the festival.  The evening brought with it the unrolling of the red carpet and eminent personalities like Sudhir Mishra , Subhash Ghai, Vikramaditya Motwane, Sandeep Varma, Vijay Raaz, Rahul Bhat and Hansal Mehta graced the occasion. The inaugural ceremony was then initiated by Sudhir Mishra, Subhash Ghai, Mr. Manoj Srivastava and Mr.Basant Rathore lit the lamp and opened the Jagran Film Festival. Mr.Sudhir Mishra gave an inspiring speech about the growing relevance of cinema in today’s time as well as how Indian cinema is itself re-inventing and evolving as years. Mr.Basant Rathore,VP Strategy and Brand Develpoment, JPL then explained the instrumental role that JFF has been playing in not just getting the world cinema in various cities of this country and reaching million of people, but also how the festival is an opportunity for new film makers to showcase their talent as well as a platform for those interested in this art to learn and discuss about it with industry veterans. Adding to the occasion Subhash Ghai said,” “For the cultural development of any country it is essentially important to showcase good cinema. Jagran Film Festival is a platform for such cinema, there are debates, workshops, competitions which encourages the youngsters to think. I thoroughly appreciate the concept and thought of Jagran Film Festivals and make sure I attend them.”