Since the birth of first IVF child Louise Brown in England approximately 40 years ago, an estimated 5 million children have been born worldwide through IVF and other related assisted reproductive technology (ART) procedures. Although many previous studies suggested that IVF and ART can harm a child’s cognitive ability, now the myth has been busted as the recent study has revealed that kids born through artificial techniques have better scores on reading and verbal tests over the naturally-conceived children.

Every parent desires that their child conceived artificially be as brilliant, brainy and the best as a naturally conceived one because some prior researchers and studies had suggested that In Vitro Fertilization (IVF) and other assisted reproductive technologies (ART) can harm a child’s cognitive ability. Infact, until recently, results of the long-term effects on IVF children had been debatable. But contrary to some past studies demonstrating the risk posed by the artificial methods of conceiving, a new study by researchers from the University of Oxford suggests that kids who are born through artificial techniques such as IVF or Intracytoplasmic Sperm Injection (ICSI) have better scores on reading and verbal tests over the naturally-conceived children. They may infact do better than the naturally conceived ones. 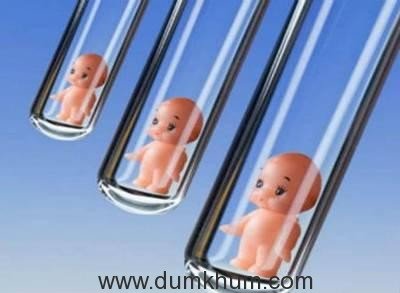 ICSI is a variation of the IVF procedure in which a single sperm is injected directly into an egg and is generally performed when the man has a very low sperm count or previous IVF attempts have been failed. Besides, IVF and other ART procedures have often been linked with increased risk of prematurity and higher twin rates, which have been associated with risk of intellectual impairment and probably that’s why the intelligence of IVF children is often questioned. But over time, the technology has improved significantly and even multiple pregnancies have reduced drastically. Multiple pregnancies can at times carry associated risks like premature delivery and thus low birth weight leading further developmental problems. But, with advanced techniques, now chances of singletons are more thus, a child gets better nutrition and is born with healthier birth weight.

With the help of artificial reproductive techniques, a wider range of infertility problems have been resolved. For countless infertile couples who dreamt of having a family, techniques like IVF is definitely a dream come true. Though some previous studies suggested ART conceived children may not be as smart and brainy, now the myth has been busted as the recent study has revealed that ART doesn’t impair a child’s higher thinking ability. Through their study, the researchers found that in early years the IVF-conceived children actually scored higher on the tests.

Additionally, people who opt for IVF or other such artificial techniques are usually educated, mature, have basic understanding about pregnancy which means they adhere to their doctor’s advice and act responsibly rather than following religious or conventional ways. Also, such parents are relatively financially well to do and IVF mothers are more likely to be educated and employed than mothers of naturally conceived babies. All these factors, including the positive effect of proper care and good nutrition in the children conceived through artificial reproduction techniques indirectly contribute to their good health and reduces the risk of impaired cognitive ability. Also, the strong desire and considerable psychological and financial effort involved in having a child through artificial conception treatments undoubtedly contributes to more attentive parenting and therefore, such children are well taken care of and are treated in a special way over children who are naturally conceived. All these factors definitely add on to the overall development and well being of a child – physically, emotionally and psychologically.

It is also important to understand that as against the general preconceived notion that IVF is an option only for older women who couldn’t conceive naturally,the truth is completely different. Even if you are young and are facing fertility issues its better to opt for these artificial methods early in life as while you are young, the quality of eggs is better which ensures having a healthy child.