​Dolly Ki Doli began moderately but has seen phenomenal growth over the weekend. 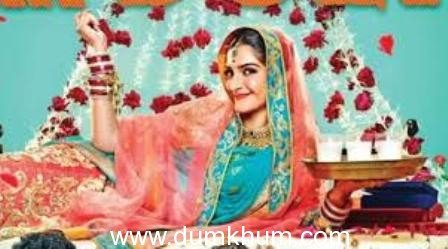 Dolly Ki Doli began moderately but on the back of strong reviews and audience appreciation it has seen phenomenal growth over the weekend. As the weekend progressed Saturday box office numbers rose by 28% on Saturday and 46% on Sunday from Friday’s opening numbers. This trend was prevalent everywhere in all major territories across the world. This is similar to films like English Vinglish, Queen and Vicky Donor which opened moderately but enjoyed a long run at the theatres owing to strong word of mouth.Arun Mehra, Aum Movies – who is distributing the Dolly Ki Doli in the Eastern and Mysore circuits said the film saw a major rise as the audiences loved the film. Quote “Roxy one of the major single screens in Kolkata saw occupancy double on Saturday and by Sunday it was triple of Friday. Roxy is the benchmark for audience appreciation and overall the film is expected to now enjoy a long run at the box office”

Sanjay Chattar, Marudhar Entertainment who is the distributor for CP and Rajasthan said “the film is attracting the family audiences and owing to the long weekend audiences are coming in huge numbers on Sunday. The film has grown by 30% on Saturday whereas normally films stay steady or decline marginally. On Sunday the jump was 90% from Friday and we expect the film to grow further on Monday which is also a big holiday. We expect the film to remain steady over the week and have a strong second week”.

Brijesh Tandon, the Delhi UP Distributor – “the film began slowly owing to bad weather conditions and huge security arrangements in Delhi owing to Republic Day preparations. However, the film has picked up and shown growth of 25-30% in Delhi. Both families and youngsters are appreciating the film in huge numbers”

Jaspal Dhingra who is distributing the film in Punjab “families are loving the film. Especially the music is a rage at all weddings across the state. The film has grown by over 30% on a day by day basis and it will have a long run at the theatres.”

Even overseas the film has enjoyed a phenomenal growth over the weekend and is expected to have an extended run.