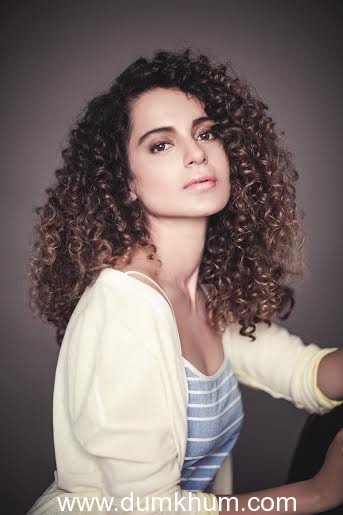 As another year at the movies is drawing to a close, 2014 has arguably been a year of the ladies and leading the way is the industry’s dark horse, Kangana Ranaut !

National award winner and amongst IMDB’s highest scorers ,Kangana Ranaut , one of Bollywood’s most versatile actresses of all time, who won accolades for her performances in Krrish 3,Queen and Revolver Rani received praise unanimously from audiences , critics and the industry alike.

Not only is the actress  the first mainstream cinema actor who is a critics’favorite but also someone they look upto and keenly take interest in. So far it was only art house cinema actors who were lauded for their performances and given their due respect, but Kangana truly acted as a gamechanger.

The actress recently topped a rating poll conducted by Ormax Media to emerge the top female performer of the year for her performance in Vikas Bahl’s Queen ,a film that truly acted as a  turning point in Kangana Ranaut’s career , in a performance that is nothing short of the finest one has seen on celluloid in a very long time.The film directed by Vikas Bahl  has got a rating of 9.1 out of 10 on popular international website IMDB, making it the first Indian film to get such a high rating.

Kangana then followed that up with her next performance as a feisty gun-toting politico in Sai Kabir’s ‘Revolver Rani –which several praised as she essayed offbeat role of a violent, passionate but vulnerable dacoit with commendable ease.

Hence it came as no surprise that the actress was also recently bestowed the honor of “Woman of the Year” at the GQ Awards.

While Film-maker Anubhav Sinha says it’s been a landmark year for many women,especially Kangana Ranaut,  for Amod Mehra, too,Kangana has been a stand-out performer this year .

According to trade expert Atul Mohan, “Kangana did surprise us all with Queen, but at the same time, she shocked us with Revolver Rani.”